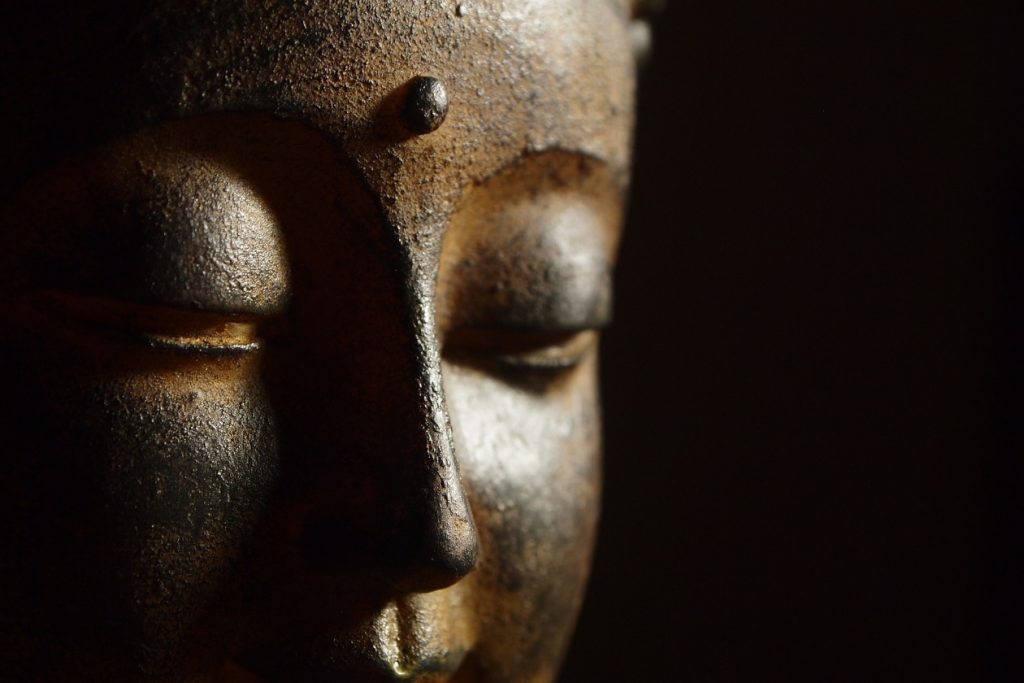 Listen to this article

Buddhism as a system of spiritual practice

Buddhism as a system of spiritual practice and realisation is inseparable from cause and effect: the fact that actions have consequences. The Buddha by means of astute awareness and spiritual genius observed that human action is broadly speaking either wholesome or unwholesome, maturing in happiness or leading to suffering. Consequently his teaching points to a system of training that exploits the regularities inherent in cause and effect, aiming to progress the spiritual development of an individual, assisted by the clear comprehension of phenomena, immediate and visible all round.

Most of us are familiar with the regularities inherent in cause and effect, so much so that we barely notice them. Take the daily commute to work: the complexities of a rail network; the road we cycle down; buses with their internal combustion engines and rubber tyres roaring, grinding and rumbling around our cities; the coats, umbrellas and shoes we wear hustling down the streets; mobile phones, books, newspapers and legs that carry us along. None of us for a moment thinks that the trains might be running upside down, that our heads will grow legs over-night, that the daughter has turned into a cat or the grass is now purple. We go about our business with a basic confidence that food will grow, the sun will shine and things will rock along, with a reasonable degree of certainty. We make our plans and go about our lives on the basis that the regularities inherent in cause and effect which smile upon us will continue to do so for at least the next six hundred years.

The Buddha’s interest in this process of causality was in regard to the human predicament. He summarised this in his Four Noble Truths, specifically the relationship between spiritual ignorance and its results: an unenlightened state of dissatisfaction and muddle we call dukkha. It is an inescapable fact of life that while the regularities inherent in cause and effect may continue to smile upon our endeavours, mundane life is also a source of ceaseless activity, frustration and pain – one way or another.

This dukkha, this unsatisfactoriness, is threaded up with our human condition. It manifests now as this, now as that, before ending up as an urn of ashes on a loved one’s mantelpiece, or worm food deep in the ground. Either way we’re going to be one of those faces in an old grainy photograph before long, swallowed up by time and impermanence.

Against this background the Buddha’s teaching is concerned with the relationship between spiritual ignorance and our habits of perception and behaviour. Habits and perceptions, mostly- unconscious, underlie habitual tendencies that tend to dominate the behavioral landscape of an individual. Much like how repeatedly following an existing path through a forest conditions our view of that forest, the paths we choose in life condition our experience of life. The Buddha not only posited dukkha (unsatisfactoriness) as the common denominator of human life, but went further, stating that all conditioned existence was tinged with dukkha. So if you are a cat-being with a green tail living on Alpha Centauri B, then due to the fact that your existence is based on a complex of conditioned events, that existence will be indelibly marked with dukkha.

Shaping the course of our life

1/ Experiences are preceded by mind, led by mind, and produced by mind. If one speaks or acts with an impure mind, suffering follows even as the cart-wheel follows the hoof of the ox drawing the cart.

2/ Experiences are preceded by mind, led by mind, and produced by mind. If one speaks or acts with a pure mind, happiness follows like a shadow that never departs.

The implication is that the mind initiates the climate and weather of one’s mental states – attitudes and beliefs shaping the heart’s response and the course of one’s life. This contrasts with a naive and shallow apprehension of mind: the view that everything is a social construction, as in a lot of modern social theory. Rather, the heart, mind and seat of thought determine speech and action, shaping the world in which one lives. A world that for practical purposes is a stone-cold physical fact rotating with other planets in profound mystery; a world  formed under the pressure of habitual activity, where birth and death arise and pass away as dawns and setting suns.

This experience of life through the senses stands on the shoulders of the past. The structure of the life in which we stand is a consequence (vipaka) of everything that has gone before. With a bit of clear comprehension it is possible to see that the shape and texture of this life, although distilled from countless previous actions, nonetheless exists in the present moment. Subsequently while one aspect of the present moment is this inherited karmic footprint (effect process) it can also be seen that another aspect of the present moment is the ability to skilfully direct the flow and travel of this footprint using presently arisen conditions (cause process). In the Buddhist system of practice this presents us with the opportunity to develop enlightenment factors, in the clear recognition that the regularities inherent in cause and effect allow us the opportunity to move beyond the muddle of dukkha.

Our shape and form as an individual is in a sense inherited, a consequence of previous action. Man, woman, race, ideological inclination, place in history, geography. Further, this footprint is threaded up with unsatisfactoriness, frustration, irritation and pain: the human condition.  This is a given, with no exceptions. The consequence of this recognition is significant: it allows us the opportunity to move beyond the limited contraction of a consciousness constellated around dukkha – toward vimutti (freedom).

A precious opportunity for release

The Buddha when questioned by his disciples once replied:  ‘Which is greater monks, the water in the great oceans or the tears shed by suffering humanity since beginningless time?’ – implying an aspect of universal dukkha common to all humanity. An interesting notion in that it vitiates a person or groups’ proprietary claims to oppression and suffering. Even a cursory study of human history will reveal that the samsara is a dangerous place where terrible things often happen. If you don’t have powerful spiritual faculties and a deep spiritual practice, when something really horrible or painful happens to you, you will fall into anger and want to take revenge. Or you will become dejected and depressed with a whole bunch of ensnaring entangling consequences pulling tighter and cutting deeper into the mind. It is just normal, though not the path of Dharma. It is essential to understand that samsara is a dangerous place and will throw up terrible challenges, pain and payback in spades. It will. Add to which we have a fragile and temporary grasp on our pleasures, happiness and loving associations, themselves rooted in impermanence and conditionality. This is in the nature of things.

The Buddha points the way out of this.

The solution?  According to the Buddha the remedy is not achieved by attaching blame to ‘other’. Attempting to control other people’s behaviour by forcefully wiping the dust from their eyes while ignoring the muck in our own, is more of the same. So long as we are fixated on other as problem and cause, there is no solution, at least according to the Buddha. We just get to run faster in tighter circles, enslaved by minds marinated in fear, deeply afraid of being unafraid. Attempting to bend the fabric of existence to suit our intellects and fanciful images of utopia gives rise to the law of ‘unintended consequences’ wherein lie monsters and dark waters.

…again from the Dhammapada:

The faults of others are easily seen; one’s own faults are seen with difficulty.

One winnows the faults of others like chaff, but covers up one’s own as a

dishonest gambler covers up a losing throw of the dice.

According to the Buddha’s view of cause and effect the predicament we find ourselves in is due to a previous failure to act skilfully. If we are ever to remedy the situation then it is a matter of the development of a practical training and skills that will allow us to work our way out of the situation in real terms, a training that is embraced wholeheartedly by the individual in a spirit of free will and awareness.

We have much to be thankful for given human life in all its richness, diversity and colour. The daily acts of kindness one to another that hold the fabric of civilised society, our ability to love, to dance, sing, play, shed tears and appreciate beauty. Most importantly, the precious opportunity to liberate ourselves from this maze of conditioned existence. 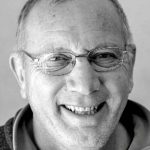 Guhyavajra is a New Zealander who came in contact with Triratna in 1978 through the Auckland Sangha - meeting Bhante in Christchurch the same year. He was ordained in Tuscany, Italy in 1985. Guhyavajra spent much time studying Dharma with Sangharakshita over the years, in addition to time on retreat including over 20 solitary retreats of 1 month or longer in the UK and Asia Pacific - particularly in the Snowy River national park Australia and the Southern Alps of New Zealand.
Guhyavajra is a builder by trade specialising in historical renovation and restoration, ecological systems and project management. He is currently living and working off grid at Sudarshanaloka retreat centre Coromandel Peninsula, New Zealand.

Resisting the Tyranny of the Tribe

In Praise of Uncertainty

How can we really know anything, and how often are our opinions based on a lack of real knowledge?